Whether you’re building a new PC or upgrading an already existing one, chances are that you might be planning to get a better RAM. This is an important component of the system, and more RAM can lead to your PC performing fast. However, when choosing the RAM, a lot of people get confused about which one to go with. Furthermore, they also get confused about whether they can mix two different brands of RAM or not. And today, we are going to answer this question in detail.

Can You Mix Two Different Brands Of RAM?

Things to Consider Before Mixing RAMs

There are plenty of things you need to consider before mixing RAM. The thing is, each brand creates a different RAM, and this is why you will rarely find the same specifications on them. After all, if everyone is selling the same stuff, why would people bother with choosing a specific brand?

Before trying to mix two different brands of RAM together, we recommend you first check whether they will be compatible or not. This can be done by checking the things we have mentioned below.

The Generation of the RAM Sticks

The first thing you need to check is the type or generation of the RAM. At the time of writing, there are a total of five generations of RAM available in the market, which are:

DDR1 is the oldest one, and it first arrived on the market in the 1990s. At that time, it was enough to do the required tasks. But with the passage of time, people started using computers for bigger tasks, which led to the creation of better RAMs. At the moment, DDR5 is the latest and best type that one can get, and this is why they are more expensive than others.

A big mistake many people make is that they think motherboards are backward compatible. They think that if a motherboard supports DDR5 RAM, it can support the previous generations of RAM as well. However, this is not the case at all, as there is no motherboard out there that has backward compatibility for RAMs. If you try to use a DDR4 RAM on a DDR5-supported motherboard, your PC might crash as soon as it turns on. In most cases, it won’t even power on no matter what you do.

Size of the RAM Sticks

The size of the RAM is what makes it powerful. These days, 2GB and 4GB RAMs are considered the lowest variants, and they are used for the most basic tasks. However, for PCs that are going to be used for gaming or video editing, or similar tasks, it is recommended to get at least 8GB of RAM.

Now, while you can mix two RAMs of different sizes, you won’t be able to get the best performance. There is a big reason why manufacturers pair together two identical sizes of RAM and sell them. You will see brands selling 2x4GB, 2x8GB, or 8x16GB kits. This is done because RAMs are designed to work in a dual-channel mode, and the only way to get the best performance out of this mode is by using two identical sizes together.

If you try to mix together two different sizes, there can be performance as well as technical issues. For instance, if you try to mix together a 4GB RAM with an 8GB Ram, the dual-channel mode will make both of them perform like a 4GB RAM for the best results. While you might be thinking that you’re running a total of 12GB RAM in your system, the motherboard will be utilizing only 8GB for the most part.

In other words, your PC is only going to utilize 50% of the memory of the larger-sized RAM to make it match with the lower-sized RAM. This might not be a problem for those who use their PC for basic tasks. However, you will notice a difference between using two different and two same sizes of RAM while doing high-demanding tasks, such as playing video games, doing video editing, creating simulations, and so on.

Speaking of technical issues, they rarely happen when you try to use two different sizes of RAM together. However, some people have complained about getting BIOS issues after trying to do it. Therefore, it is recommended that you get two same sizes to prevent any issues from taking place. After all, what’s worse than running into errors after building or upgrading your PC.

The speed or frequency of the RAM also matters a lot, and you need to consider it as well while mixing two different ones together. For starters, it is safe to mix two RAMs of different frequencies, but it is not recommended to do so.

The frequency range of the RAM is different for each generation. DDR4 RAMs have frequencies between 1600 to 5333MHz, while DDR5 RAMs are anywhere between 3200 to 6400MHz. Now, if you use a 3200MHz and a 3600MHz RAM together, the system will bring down the higher-frequency RAM to 3200MHz to match the frequency of the lower-frequency RAM.

In other words, the performance will be affected, and you won’t be able to utilize the remaining 400MHz. While the difference won’t be huge, it will matter if you’re trying to pair together with a pretty low-frequency RAM with a high-frequency one (3200MHz with 6400Mhz). Therefore, it is always recommended that you use two RAMs of the same frequency to get the best performance. However, if you don’t have any other options, you can go ahead and use two RAMs of different frequencies, as this won’t do any damage to your system.

RAM consumes power, and different RAMs have different voltages. If you try to pair two RAM sticks that have different voltages, you won’t be able to get the best performance. This is because the motherboard will provide the same amount of voltage required by the low-voltage RAM stick to both. In other words, the RAM that requires more voltage will be getting less voltage than necessarily as the RAM with smaller voltage will be given more priority by the system.

While it’s completely safe to use such RAM sticks together, it is not recommended if you want to get the most out of them. Therefore, even if you want to use two RAMs of different voltages, make sure the difference in their voltage requirements isn’t that much.

A lot of people don’t know this, but CAS Latency is also something to consider before you mix two different brands of RAM. CAS Latency is used to measure the time your RAM takes to respond to a command and send data. Therefore, if the latency of both RAM sticks is different, you might see some performance issues. Sure, you can go to the BIOS settings to tweak some stuff to make both sticks work smoothly, but that is a time-consuming process, and you might even fail to adjust the settings properly. Therefore, it’s best if you just get two RAM sticks of the same latency.

How Many RAM Slots Are On A Motherboard?

If you go out to purchase a motherboard for your system, don’t get confused if you see different numbers of slots on different motherboards. Some motherboards come with four slots, while others only come with two. Furthermore, before buying a motherboard, also make sure to check which generation of RAM it supports and how many RAMs you can use on it. For instance, there are motherboards that support 4 sticks of 16GB DDR4 RAM, while others might support 2 sticks of 16GB DDR5 RAM. Therefore, do a complete check before picking one as you might regret your decision later.

An important thing to keep in mind is that it is always best to leave the two RAM slots empty and use two sticks on a four-channel motherboard. But if you want to use more slots, make sure to use four RAM sticks and not three, as leaving one slot can lead to performance issues.

How Much RAM Do I Need?

Different tasks require a different RAM size. Therefore it varies from person to person. If you’re planning to use your system only to access the web browser, write some documents, or watch movies, 4GB RAM will be more than enough for you. If you are going to run multiple programs at the same time and do some light gaming, it will be wise to upgrade to 8GB. And if you need the best performance from your system, then 16GB RAM is the one you should go with.

How Much RAM is Enough For Gaming

If you’re someone who plays a lot of video games on your PC, you need to get a better RAM. These days, 8GB RAM is considered the bare minimum for video games. However, this is only for those who don’t play AAA games on ultra settings. For the best results, you should get 16GB of RAM. This is considered the sweet spot for gaming as 16GB RAM can handle almost any game smoothly.

If you have the budget, you can also opt for 32GB. But this is only if you want to get something that can help you in the future as well. Otherwise, you’ll be fine using 16GB. Some people also go with 64GB, but that is overkill. There isn’t any game out there that requires this much RAM.

How Much RAM is Enough for Video Editing

Video editing also requires you to have plenty of RAM. If you have a 4GB stick installed in your system, you’ll notice that most of it is already being used by the system and some other software when you turn on your PC. As for how much RAM is needed for video editing, it depends on the type of video you’re editing.

For 720p footage, you will be fine using 8GB of RAM. You can even edit 1080p footage with 8GB RAM, but only if you’re not planning to use a lot of effects. If you feel like your PC is lagging while editing, you need to upgrade to 16GB. This will ensure that you can edit 1080p as well as 4k footage without effects easily.

But if you’re someone who does top-level video editing, such as 4k footage with plenty of effects, it’s recommended that you at least get 32GB of RAM. This will be a bit costly, but if you want a smooth video editing experience, you must get it. If you have the budget, getting 64GB RAM will be a wise thing to do as you won’t face any delays or lag while editing any kind of footage. However, keep in mind that this is only for those who can afford it, as you’ll be fine with 16GB otherwise.

This was everything you needed to know about whether you can mix two different brands of RAM or not. As you can see, while it is safe to mix two brands together, it is not recommended. But if you’re planning to, make sure to check each and everything we mentioned so that you don’t run into any serious issues. Furthermore, don’t even try to mix two different generations of RAMs together, as this will cause your system to either crash or not turn on at all. 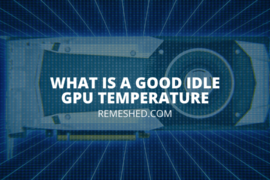 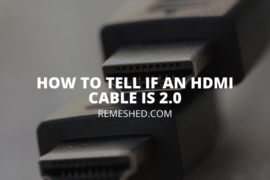 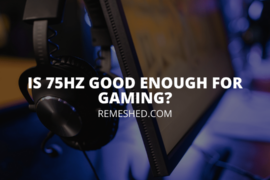 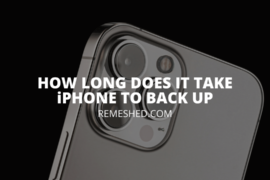