Can You Text Someone Who You Blocked On iPhone? – [Solved]

Every smartphone out there lets you block any number. After blocking someone’s number, you will be unable to receive any calls or texts from them. iPhone is no different in this case as it even blocks FaceTime calls. However, there can be times when you want to text someone you blocked, and our guide will explain everything you need to know about this.

Can You Text Someone You Blocked on iPhone?

For the short answer, yes, it is possible to text someone you blocked on iPhone. This is because blocking a number only means that the other person won’t be able to call you or send you a text message. However, it won’t affect your outgoing calls or messages.

Why Should You Block Someone?

There can be times when you’re getting unwanted calls or text messages from unknown numbers. The best way to deal with this matter is to block these numbers as they won’t be able to annoy you using the same number anymore. There can also be times when you might have had a fight with a friend of yours and you want to cut them off from your life. This is where the blocking feature comes in as it helps you with preventing them from contacting you on your phone.

How To Block Someone on iPhone

To block someone on iPhone, you will need to follow the steps mentioned below.

Once done, the person you blocked won’t be able to text or call you anymore, unless they try from a different number.

Does Blocking Someone’s Number on iPhone Has Any Effect on Third-Party Apps?

If you block someone’s number on your iPhone, it will mean that you have blocked them for direct calls and messages only. In other words, they will be still able to contact you using third-party applications such as WhatsApp. If you wish to block them on an app, you’ll need to go to the app itself and block their number directly from there. For instance, to block someone on WhatsApp, you’ll need to open their chat, tap on options, and scroll down to tap on “block.”

How To Text Someone You Blocked on iPhone

There can be times when you have blocked someone but you’re still not done with emptying your mind to them. However, you also don’t want to text them as you’re not in the favour of dragging the conversation anymore. Fortunately, the blocked feature can help you overcome this issue as even after blocking someone on your iPhone, you can keep on texting them without worrying about them replying. Furthermore, they also won’t be able to find out that you’ve blocked them as they’ll think their texts are constantly being delivered to you.

How Can Someone Find Out That You’ve Blocked Them?

If someone you blocked texts you, their texts won’t go anywhere. After they press the send button on their phone, the message will appear on their device as if it has been delivered to you. But in reality, it will disappear and will never reach your inbox. The only way for them to find out whether they have been blocked or not is by calling you.

If someone you blocked tries to call you, they’ll be met with your voicemail, the very one which is heard when someone’s phone is turned off. Because of this reason, they won’t be able to tell whether they’re blocked or the number they are trying to call is just switched off. They can, however, leave a voicemail for you. But the voicemail won’t appear alongside the regular messages and calls, as it will be sent directly to the Blocked Messages section.

How To Unblock Someone on iPhone

If you accidentally blocked the wrong number on your iPhone or you just regret your decision of taking it too far by blocking your friend’s number after a small fight, you can unblock them quickly. For this, you can go back to your contacts, open their contact, and tap on the “Unblock Caller” option. This will unblock their number and you can now start receiving calls and messages from them again.

As you can see, it is possible to text someone you blocked on iPhone. The best part is that they won’t be able to find out, and you can keep on speaking your mind without worrying about receiving any texts back from them. 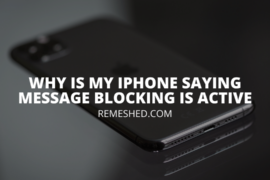 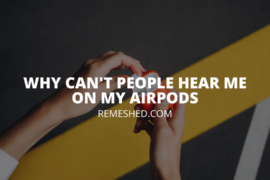 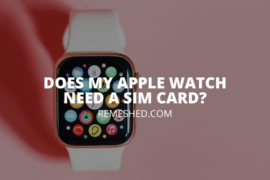 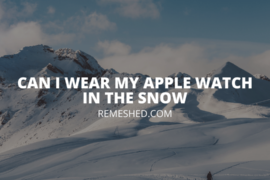